By March 9, 2020, Chainlink, Binance Coin and Monero had fallen to their respective lows as the markets held or faced further selling pressure. Conversely, Stellar and Maker have continued their sideways moves.


LINK is in an uptrend as the market reached a high of $5 on two occasions. In February, the bulls attempted to break the resistance at $5 but were resisted. The price fell to a low of $1.50 and resumed another upward move. Unfortunately, a retest at overhead resistance is also facing similar rejection as the price makes a downward move. 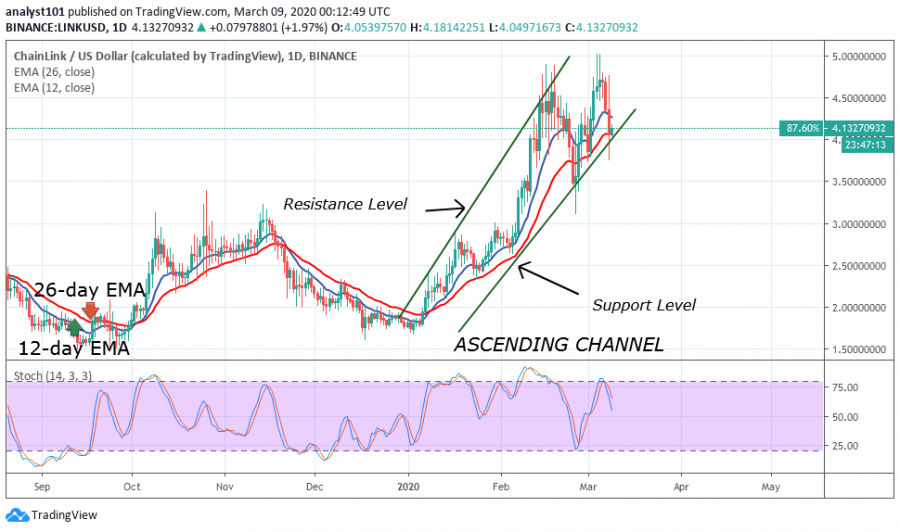 From the price action, the two unsuccessful attempts by the bulls resulted in the formation of a bearish double top. The reversal pattern is responsible for the downward movement of the coin. The pair has fallen to the low of $4.23 and it may continue to the low of $3.0. Meanwhile, the LINK is below 75% range of the daily stochastic. This means that the market may likely fall. However, the bulls could not sustain the upward move as it fell back to the low of $18. The pair may continue its downward to the low of $15 and $12.50, if the support at $16 cracks. The Relative Strength Index period 14 has reached level 38 which is below the centerline 50. This indicates that BNB is in the downtrend zone.


Maker was in a sideways trend all through last year. The pair is still in a range-bound movement since the beginning of this year. MKR is fluctuating between the levels of $300 and $700. When the bulls test the upper price range, the market will always be in the overbought region of the market. This results in the fall and subsequent fluctuation of the coin. Meanwhile, MKR is a 25% range of the daily stochastic indicating that the coin is in bullish momentum. 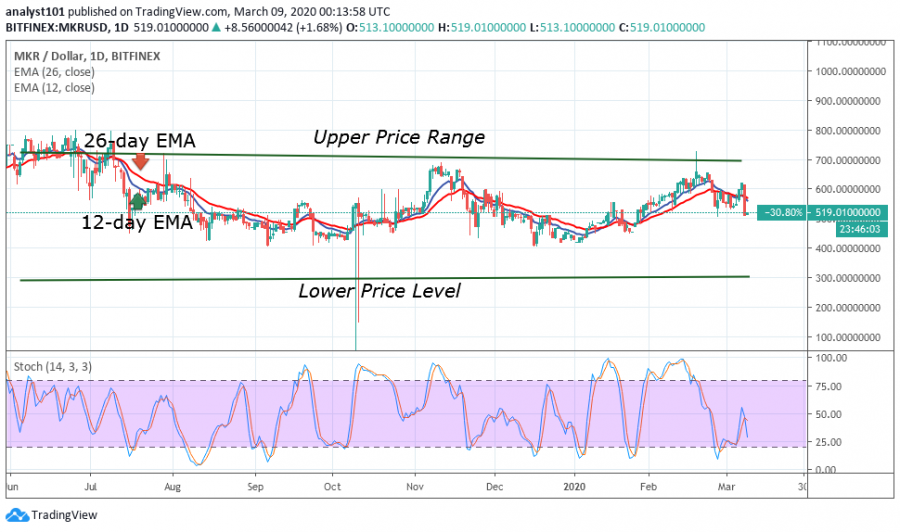 
Stellar has a history of sideways movement. The coin has been in a sideways trend unable to break the resistance at $0.090 since July 2019. In its recent bullish move, the bulls were unable to break the overhead resistance and were repelled. The price fell to a low of $0.050 and was in the oversold region. The coin is in a bullish trend as buyers are likely to emerge.


Disclaimer. This analysis and forecast are the personal opinions of the author are not a recommendation to buy or sell cryptocurrency and should not be viewed as an endorsement by CoinIdol. Readers should do their own research before investing funds.