Monero, the tenth-biggest cryptocurrency in the market, saw a sudden surge in the market yesterday. The coin continued to glow green even today, showing rays of hopes that the coin might be back in the bull’s kingdom.

According to CoinMarketCap, at press time, the cryptocurrency was trading $111.16 with a market cap of over $1 billion. The coin was trading at the eleventh position and had seen a surge of 8% in the past seven days.

The Parabolic SAR was showing a bullish trend as the dots had started to align below the candlesticks.

Chaikin Money Flow showed that it was on the bear’s side of the market, as the money was flowing out of the market.

Bollinger Bands were contracting in the market, indicating less volatility for the coin in the cryptocurrency market. 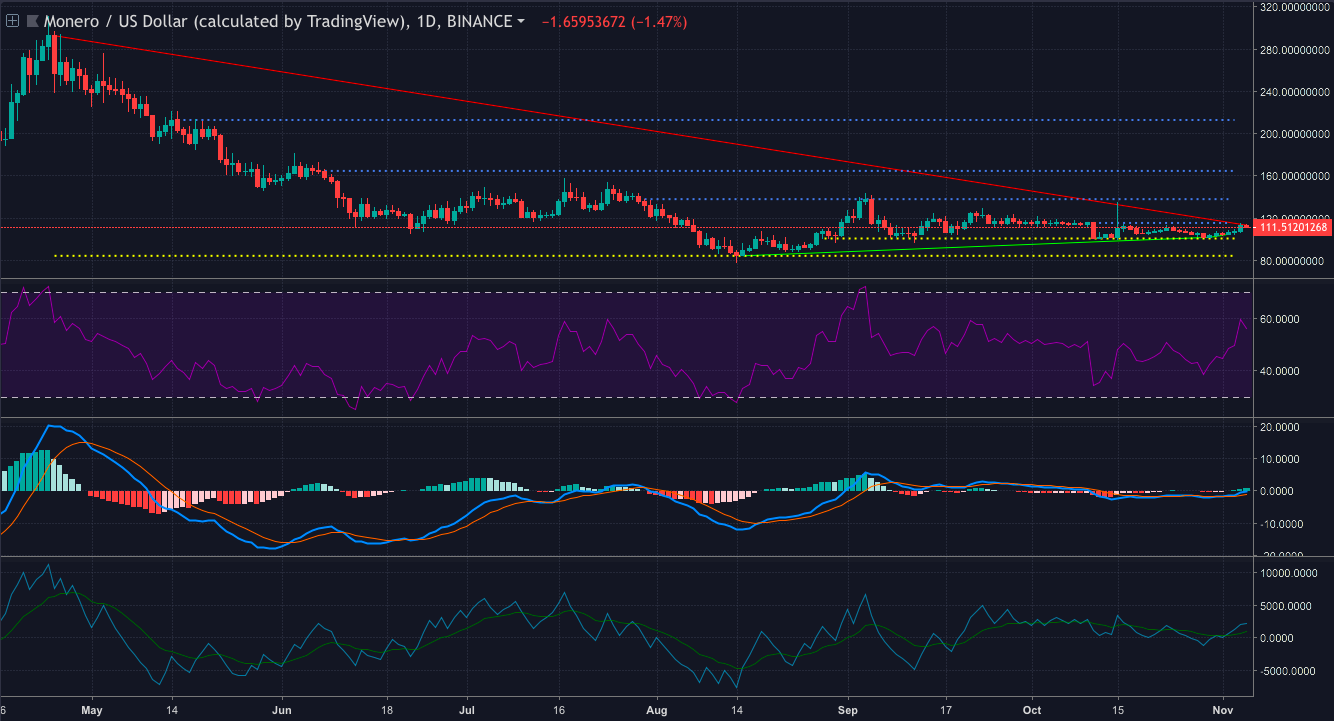 MACD indicator showed that they like the bull’s realm more than the bear’s as the reading line had crossed over the signal line.

The Klinger Oscillator was also nodding to MACD’s statement, as it was also showing a bullish trend, with the reading line staying above the signal line.

The coin shows that it is going to continue to stay in the bull’s realm as the Parabolic SAR, MACD and the Klinger Oscillator was showing a bullish wave in the market. Only CMF showed that it preferred the bear’s realm.

Priya is a full-time member of the reporting team at AMBCrypto. She is a finance major with one year of writing experience. She has not held any value in Bitcoin or other currencies.