In this blockchain forecast, senior execs say a number of key developments for usability, regulation and stablecoins will take shape in 2020.

According to industry executives, innovation in blockchain will continue to unfold at a steady clip in 2020.

Among key expectations from blockchain executives are usability, regulation advancement and continued expansion into finance and related fields, to name a few.

Along with this, the upcoming bitcoin halving event in May is projected to cause bitcoin prices to spike as bitcoins consequently will become more scarce. 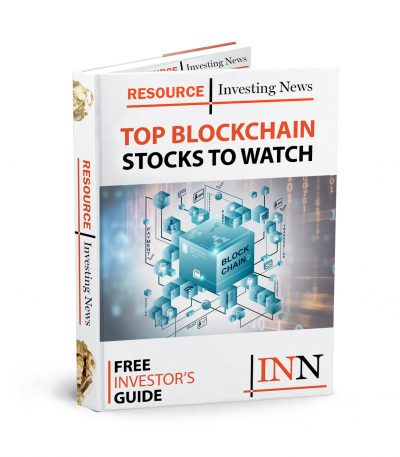 Looking ahead into next year, the Investing News Network (INN) spoke to key executives working in this area about their key projections going into 2020.

Claude Waelchli, CEO of Tokenyz, said that the growth opportunities between blockchain and finance are still remarkable. “If you look at global asset markets, real estate, debt and equity, we’re roughly speaking at about US$600 trillion in potential,” Waelchli told INN.

This is centered around the notion that any asset could have the potential to be tokenized. Currently, several outdated pain points still exist within the financial system. These include regulatory requirements, know your client, transfer agents, trade settlement times and clearing establishments. Swift codes, for example — which are used to identify banks in a money transfer process — are still a primary system and they are 50 years old.

“The potential is there where we don’t have to rely so much anymore on institutions to carry out this function,” said Waelchli. Blockchain has the potential to significantly diminish these roadblocks through smart contracts. “You’re not restricted to trading hours and not relying on the financial institutions as intermediaries, because the trust element is solved by the blockchain.”

Consequently, the system could become less monopolized, he added. “I think that as things become more decentralized, the whole competitive dynamic changes there. Pricing will get more attractive, prices will fall.”

Similarly, Keith Moore, CEO of Boustead Securities, said that this technology can be applied to bringing companies public. Boustead Securities, based in Irvine, California, operates as an advisor, underwriter and placement agent for small cap companies with market caps under US$1 billion. Moore is applying new technology to make the underwriting process more efficient.

“We’re trying to push the envelope in that regard, because we believe that the process of raising capital is very expensive, much more expensive than it needs to be,” Moore told INN. “We think, ultimately, it can be done more efficiently and less costly.” 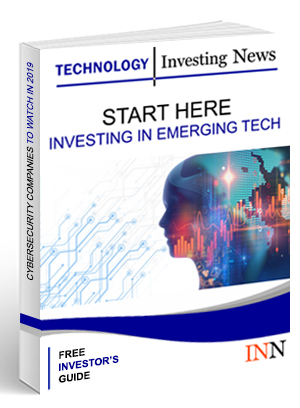 Learn the basics of tech investment in this FREE report!

Moore further expects that the underwriting business will follow a similar pattern to online securities trading.

“Just like with all the current news around zero cost trades, the same thing is going to happen with regards to what we do in the industry,” Moore said. “The costs are going to come down because ultimately, people or investors in particular, are able to access products in different ways.”

While 2019 witnessed notably slow advancements in cryptocurrency regulation, it signaled further progress is to come.

“(US regulators) are slowly getting more comfortable and really started to move now. I wouldn’t be surprised to see further advancements in 2020,” said Waelchli.

This was evidenced by the approval of a blockchain settlement platform, Paxos Settlement Service, in October. Paxos operates a system in which securities will be settled on a blockchain.

Among the early adopters of the platform are Credit Suisse (NYSE:CS) and Societe Generale (EPA:GLE). “We believe the process of securities settlement can be greatly optimized using blockchain, and with Paxos Settlement Service we will benefit from these efficiencies first hand,” Emmanuel Aidoo, head of digital asset markets at Credit Suisse, said in a press release.

According to Paxos, this is the first time in nearly 50 years that US securities will settle apart from a traditional settlement system.

Blockchain forecast 2020: Usability to be paramount

While blockchain promises a number of game-changing features, David Gold, CEO of FIO Protocol, stressed that usability will be central to its adoption and growth trajectory into 2020.

“In my opinion, the single most important catalyst will be usability; for all the tech that’s being developed, it will amount to nothing if no one can use it,” Gold told INN. “It doesn’t matter if you can process a billion transactions per second if the everyman struggles to send or receive funds.”

“It was imperative that we work with an industry leader interested in actually using blockchain technology for the incredible improvements it can provide, and not just for headlines,” Max Thake, cofounder of Advanced Blockchain, told INN. Its platform is set to become public in 2020.

Gold compared blockchain’s current phase with the internet in 1995, citing the inherent business successes and failures that will likely take place. “Many will not survive, and there will be a lot of ups and downs in the coming years, but the product will be a wide ecosystem of battle-tested protocols that will serve as the foundation for whatever technology comes next,” said Gold.

Overhanging this progress will be the development of protocols — the consensus methods that validate a transaction within a given network that leverages blockchain technology. The FIO Protocol enables the decentralized interoperability of crypto wallets.

“At this point, we need protocols that abstract away the complexities of blockchain transactions — layers that sit atop a multitude of chains with the sole purpose of improving the transaction workflow for users, with features that resemble those in existing payment processors (albeit in a decentralized setting),” said Gold.

Similarly, Wayne Chen, CEO of Interlapse Technology (TSXV:INLA), said the goal of his company is to make bitcoin more useful for users.

In 2019, Interlapse Technologies became a public entity, launching its virtual currency platform Coincurve. Since going public in May, the platform continues to grow in transaction volume as it expands into Asia and international markets.

“We focused on the right area of the market and I think that worked to our advantage as well,” said Chen. Ultimately, the platform aims to make it easier for individuals to buy and spend with digital assets such as bitcoin and bitcoin cash.

Blockchain forecast 2020: Bitcoin halving in May

With the next bitcoin halving taking place in May — along with the resultant discussion surrounding the event — Chen anticipates that the price of bitcoin will spike. “Every time bitcoin halves, if you look at the historic charts, usually what happens is bitcoin jumps in price,” said Chen. “Typically, economically, that’s how it’s supposed to work.”

Learn the basics of tech investment in this FREE report!

A bitcoin halving event is when miners receive half of the reward for validating a given transaction. The rewards will drop from 12.5 bitcoins to 6.5 bitcoins following the event. There is a finite supply of bitcoin in the world, with only 21 million that will ever be mined.

“I think that’s going to be a good thing to drive up the market. Essentially, bitcoins are even more scarce now, so it makes them more valuable,” said Chen. Six months after the last bitcoin halving in July 2016, bitcoin underwent its inaugural parabolic ascent.

As the Facebook (NASDAQ:FB) Libra announcement in June redefined the notion of stablecoins, Joonas Karppinen, head of trading at Infinigold, told INN that he expects to see further advancements in stablecoins next year.

“While the early players have been private entities, it’s clear that the next wave of issuers will be nation states. Backing a digital currency with fiat or hard assets will be a catalyst for widespread adoption,” said Karppinen.

While the concept gains a foothold, coupled with governmental interest from China in 2019, Karppinen sees them offering a hedge against market volatility.

“I think we’ll see this idea evolve further in 2020, especially with the numerous attempts to create gold-backed coins to capture some of that market share,” said Karppinen. “These provide a unique alternative to USD-backed stablecoins with superior transparency, credit quality, risk diversification and hedging against market volatility.”

Underpinning advances in blockchain over the next year will be continued innovation at its core. To gain a stronger foothold, Jeff Koyen, CEO of Codebase Ventures (CSE:CODE), stressed the importance of personal research.

“Cutting-edge technology can be intimidating, but if you want to invest in this space, become proficient. Look at what the name-brand labs are building — IBM (NYSE:IBM), SAP (NYSE:SAP), HP (NYSE:HPE). Then consider what they’re not building,” said Koyen.

As blockchain continues along its trajectory, Koyen added that it is currently in the acquisition phase, enlisting investor inquiry. “Where are the white spaces? Where are the missing pieces to their puzzles? Blockchain is entering its acquisition period when the big players will buy and integrate smaller innovators. Look for those acquisition targets — and get in early,” he said.

Don’t forget to follow us @INN_Technology for real-time news updates!

Securities Disclosure: I, Dorothy Neufeld, hold no direct investment interest in any company mentioned in this article.