The share price of MoneyGram has been surged by 350% and is currently standing at $5.66 according to the NASDAQ chart. This change is seen after the partnership of Ripple with MoneyGram in June this year.

The Collaboration Results in Profit

In the mid of June, Ripple had partnered with MoneyGram and announced to take a $50 million stake in order to bump the position of both firms. This was one of the largest investments on the part of Ripple. Another global payment system Western Union had worked with XRP and the experience was bad. But this collaboration does not seem to be failed at all.

When Ripple took the stake of $30 million in MoneyGram the price rally jumped to $2.23 and a surge of 153.79% was recorded at that time. Now, according to NASDAQ, the share price of MoneyGram has pumped almost by 350 percent. 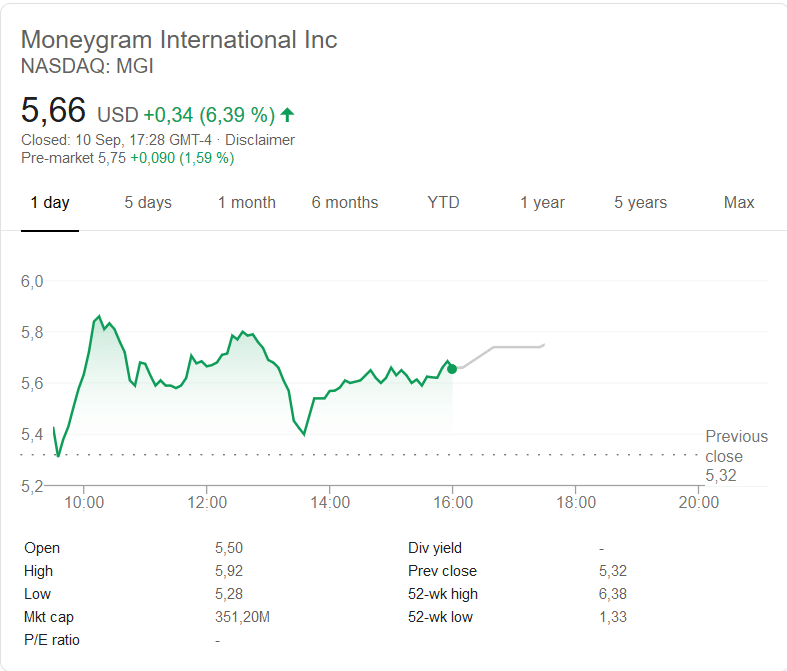 This partnership became more stable and after one month, Alex Holmes the CEO of MoneyGram confirmed that they had employed xRapid and XRP in order to conduct their international payments. This statement by the Chief Executive Officer was accepted as a green signal in the crypto community.

Since June, there is a great rise recorded in the value. The current share price value of the firm is standing at $5.66 according to the chart of the NASDAQ after surging up to 350%. The chart that shows the current rate is tweeted by Welson, a crypto analyst, and blockchain enthusiast.

#Moneygram stock went up almost 350% since it became a primary partner with #Ripple for cross-border payment settlement using digital assets.

This is clear evidence that Wall Street is interested in digital currencies. 🚀🚀 pic.twitter.com/F74m71v7hO

Is XRP going to show a green trend?

On this news, the crypto fans are expecting an XRP bullish rally. This incredible success could motivate the investors towards Ripple and we could see a remarkable boom in the coin price. The firm has also made agreements with various financial institutions and banks recently. All these things could trigger the value of the coin in an upward direction. 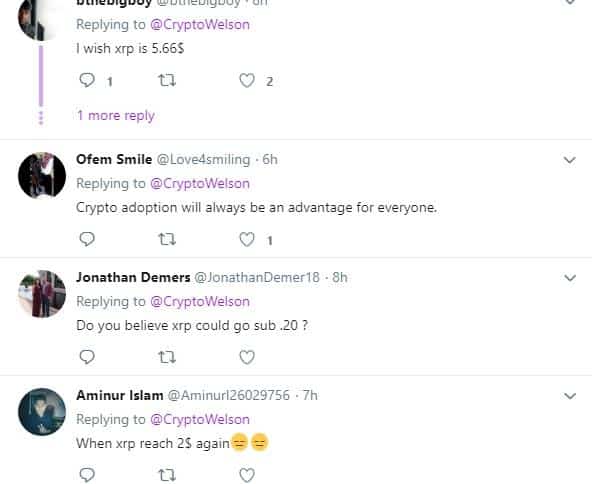 It is reported that Brad Garlinghouse, the CEO of Ripple is hanging up for an interview on CNN. The crypto fans are very excited because it is expected that MoneyGram is going to expand the xRapid across the globe after a remarkable victory in the shares market.