Bitcoin (BTC) price climbed back over $10,000 to nearly $10,500 on the morning of August 2 as the market has shown a surprising bounce defying earlier calls by some traders for more downside.

“August could turn out to be a good month”

Trader and market analyst Josh Rager said that BTC/USD moving back above $10,000 is finally showing some nice follow through.

“A close above previous 4hr resistance is a nice sign,” he continued. “The good news about the death cross is that it leads to a golden cross as the 50MA is already starting to turn up.”

“August could turn out to be a good month for price, IMO” 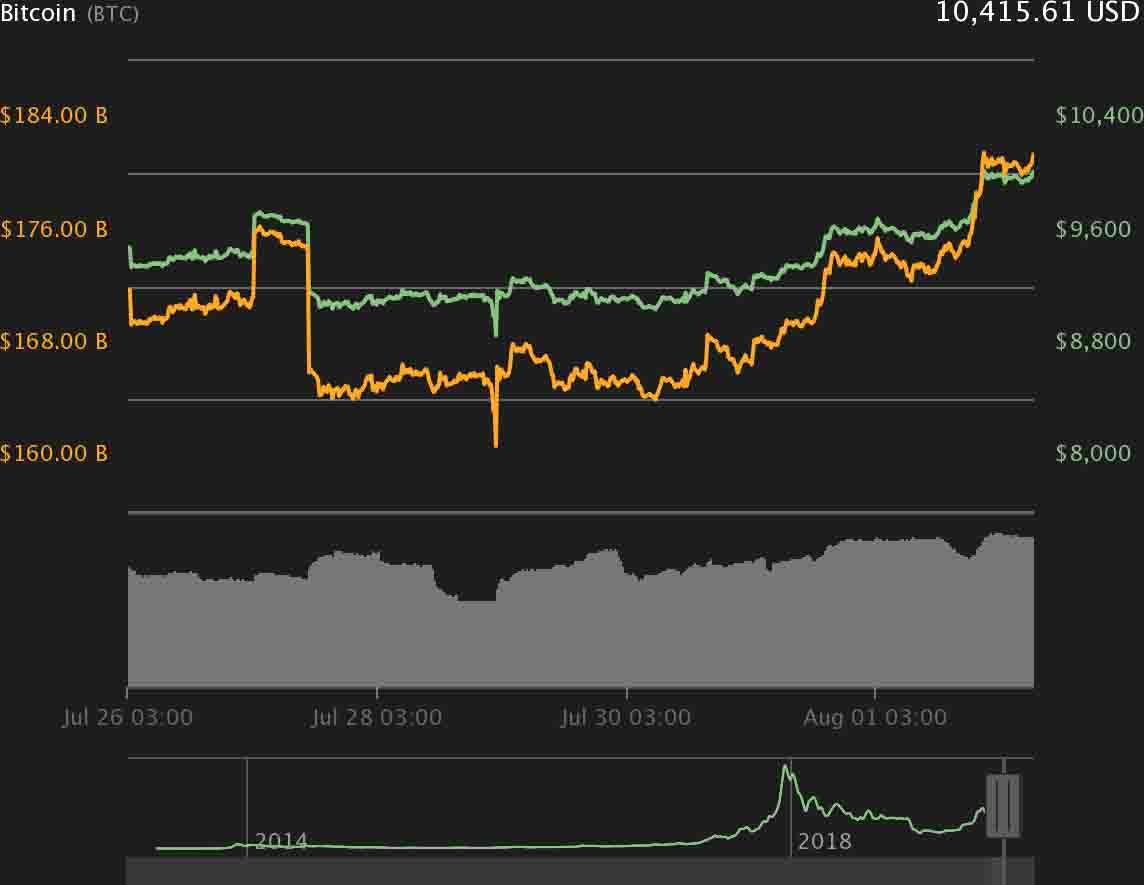 Now, the next key resistance level to overcome is around $10,600 level, according to popular trader Filb Filb. However, the squeeze up continues for BTC on relatively low volume, which suggests that the market is still not convinced of a bullish turnaround, he wrote in his Telegram trading journal.

As Cointelegraph reported yesterday, the new return above $10,000 coincided with this week’s rate cut by the Fed, which fueled excitement among traders. As some commentators noted, this was the first rate cut since Bitcoin’s creation over a decade ago.

Ether and other alts still anemic

Meanwhile, sideways action has defined the top twenty altcoins. Moreover, alts have also struggled to keep up with Bitcoin price. For example, the past seven days say BTC gain over 5% while Ether (ETH) is down 1.4% and XRP down 2.7% over the same period.

Notable winners include Litecoin (LTC), up over 3% in the past week with roughly four days to go before its halving, as well as Monero (XMR) and Tezos (XTZ), which have risen 3.8% and an impressive 13%, respectively. 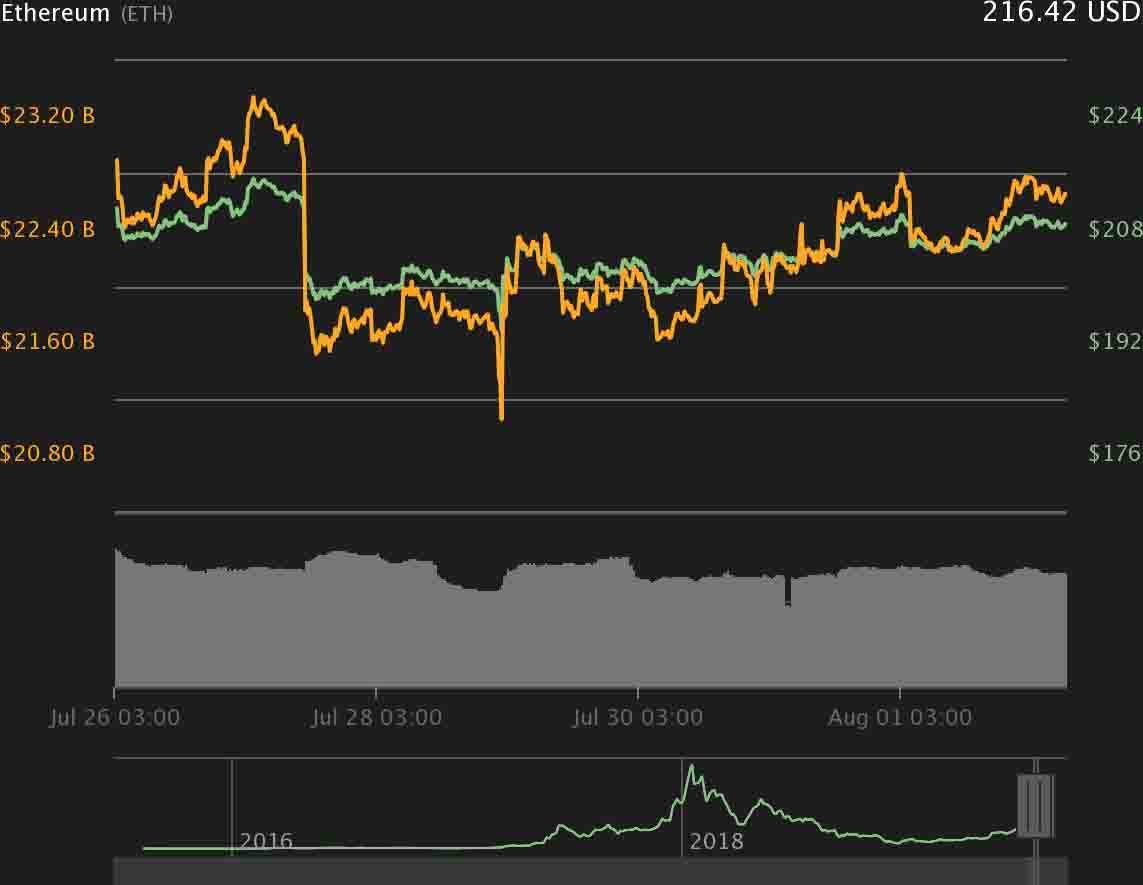 The total cryptocurrency market cap stood at $283 billion, with Bitcoin’s share at 65.8% of the total.