æternity, a blockchain 3.0 platform with a focus on efficiency, transparent governance and global scalability, has launched two foundations in Liechtenstein and Bulgaria, to provide grants and educational support to innovative blockchain projects.

“Through the creation of these two foundations, æternity takes a significant step toward establishing a support structure for the global blockchain ecosystem,” explained æternity founder Yanislav Malahov. “Blockchain is a technology with such unlimited potential that has yet to be tapped. By partnering with universities and other institutions and offering grants, we will provide the necessary infrastructure for people to develop significant ideas and unlock blockchain’s ability to solve long-standing problems across a variety of industries.”

‘Blockchain is a technology with such unlimited potential that has yet to be tapped.’ @aeternity #blockchain

While the Bulgarian foundation will focus on supporting projects throughout the Balkans, the Liechtenstein-based foundation will have a more international focus. æternity welcomes applications from individuals, teams, and non-commercial projects.

“The Foundation will offer research support, the driving force behind advancements in the industry, as well as assisting smart, unconventional thinkers as they explore this technology and we encourage all blockchain innovators to submit an application,” indicated æternity Crypto Foundation Board Member Peter Schnürer. “It will also help startups expand the potential of their creative work in a collaborative, dynamic environment. We are committed to driving blockchain innovation by supporting a broad spectrum of the blockchain ecosystem and look forward to a variety of applications from disruptive projects in the space.”

Based in Liechtenstein, the æternity Crypto Foundation intends to focus primarily on supporting research and development efforts in blockchain technology, cryptography and mathematics. The platform will begin its efforts by providing grants up to one million CHF, paid in cryptocurrency, to innovative projects that are viewed as having significant potential to further explore and proliferate the benefits of blockchain. The Foundation also aims to vitalize the overall blockchain ecosystem, lending resources to developing innovative ideas for decentralized applications, as well as promoting art and culture initiatives in the space. The grant program will expand on an ongoing basis in tandem with progress on the project’s core and applications development.

The æternity Foundation Bulgaria will work to implement partnerships with universities and other educational institutions in Bulgaria and in the Balkan region and will offer scholarships to provide blockchain enthusiasts the opportunity to secure a recognized qualification related to the technology and embark on a career in the space.

‘With the disconnect that exists between emerging technology and mainstream society, it’s important to bridge this gap to spread the benefits of blockchain technology as widely as possible.’ @aeternity…

æternity indicated that the goal of this level of collaboration is to educate professionals outside the technology sector about the benefits and potential of blockchain, thereby driving continued growth in the industry. In addition, the Foundation will encourage the growth of the local blockchain ecosystem by showcasing the work conducted in the Balkans region with the global community. 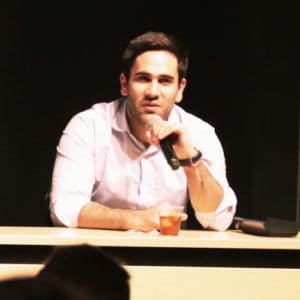 “With the disconnect that exists between emerging technology and mainstream society, it’s important to bridge this gap to spread the benefits of blockchain technology as widely as possible. There’s a significant amount of untapped potential in the Balkans, and the launch of the æternity Foundation Bulgaria will help to put the region on the blockchain map,” added Nikola Stojanow, CBDO of æternity and Chairman of the Board at æternity Foundation Bulgaria. “I look forward to fostering the potential of these extraordinary talents by tapping into the knowledge of researchers from the area’s leading institutions and their world-changing ideas and revolutionary projects.”

Have a crowdfunding offering you’d like to share? Submit an offering for consideration using our Submit a Tip form and we may share it on our site!